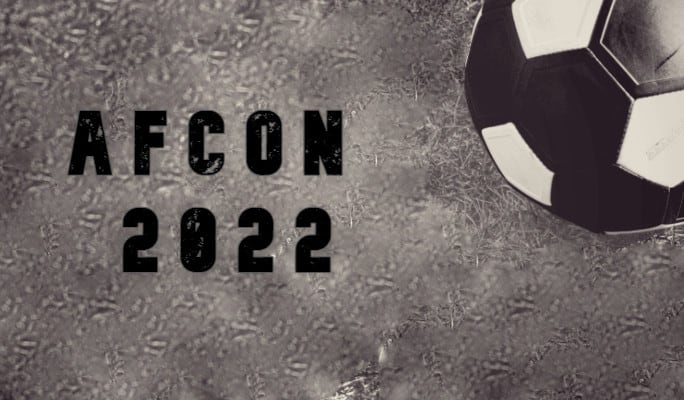 The 33rd edition of the Africa Cup of Nations is finally here. The greatest football championship in Africa starts on the 9th of January 2022!

Every two years the might of African football compete for the Africa Cup of Nations (AFCON) title. Winning the inaugural event in 1957, Egypt have since gone on to win a record six further titles. As always, this team will be one of the favourites when the Africa Cup of Nations 2022 kicks off on Sunday the 9th of January in Cameroon. Initially planned to proceed in 2021, the tournament shifted to 2022 due to the Corona virus pandemic.

Household names such as Mohammed Salah, Edouard Mendy, Riyad Mahrez and Sadio Mane are all but a few of the global superstars taking part in this year’s edition. Senegal, the losing finalists in the previous edition are but one of the handful of favourites all hoping to take home the 2022 trophy. While domestic competitions such as the English Premier League will miss their African contingent, their loss is the tournament’s gain. Once the tournament kicks off, fans can be sure to witness some exciting football.

First played in 1957, the 2022 event will be the 33rd edition of the African showpiece. Initially only consisting of three teams, the event has expanded to the current draw of 24 teams. All teams earn their place in the tournament via the qualifying matches played. Only host nations automatically earn qualification. Since 1968, AFCON has occurred every 2 years (switching to odd-numbered years in 2013). Since it’s inception, Egypt have won the most titles with 7 to their name. Cameroon and Ghana are next with 5 and 4 championship wins respectively. Ghana however have not won since 1978 and will thus hope that this year they can go one better than their 2015 runner-up position to move level with Cameroon in terms of titles won.

The already-mentioned teams of Egypt and Senegal are but 2 of the nations in with a realistic chance of taking home the title. Both Salah and Mane from these 2 teams are players to watch closely during the tournament. Big performances from either of these 2 could prove the difference for their respective teams.

Defending champions Algeria consider themselves the team to beat. With their confidence on a high after winning the 2021 Arab Cup, the Algerians also count themselves lucky to have the services of Man City’s in-form Mahrez. If the host nation Cameroon can make the most of their home ground advantage, they can go far. The 2017 champions also have Ajax shot-stopper Andre Onana at their services. His form will be critical to their success. Nigeria are in for a chance too this year. The 2013 champions have the likes of Leicester City pair Wilfried Ndidi and Kelechi Iheanacho at their disposal. If the team can overcome the recent coaching change, there is no reason they cannot add to the 3 titles they already have.

The tournament consists of a group stage followed by the knock-out stage. In the group stage, teams are divided into 6 groups with 4 teams per group. Each team will play each other once within their respective groups. The top 2 teams of each group will progress to the next round. The 4 highest ranked 3rd placed finishers will also progress (based on goal difference). In the round of sixteen, the winners progress to the quarterfinals. The semi-finals follow and are competed between the winners of the quarters. The losing semi-finalists compete in the 3rd/ 4th place match earlier on the day of the final, whereas the final is officially the last match of the tournament played between the winners of the semis.

The 2022 event is only the 2nd time that 24 teams are competing for the title (2019 was the fist time the event was expanded). Traditionally a 16-team tournament, the change has not yet captured the fans’ attention just yet. Arguably the group stages no longer hold the value of previous editions. Essentially only 8 teams do not qualify for the round of 16. Like it or hate it, there is no longer a chance to have a ‘group of death’. There simply are too many teams as such, the risk of elimination is relatively low. The match of the group stage is predicted to be that between Algeria and Ivory Coast. This is essentially a rematch of the 2019 quarter-final which Algeria won. As the tournament progresses, the excitement will no doubt build into the spectacle we expect it to be.

The 2022 AFCON tournament begins on January the 9th. Host nation Cameroon takes on Burkina Faso in the opening match. Over the following 2 weeks, the group stages will play out. Starting on Monday the 23rd of January, the round of 16 commences. The 4 quarter finals follow at the end of the week on Saturday the 29th and Sunday the 30th. Semi-final action occurs on Wednesday the 2nd and Thursday the 3rd of February. Both the 3rd/ 4th place play-off and the final takes place on Sunday the 6th of February.

The one question on the mind of fans is whether a revered player will light up the tournament and guide their team to victory through their own individual brilliance? Or will a more settled team prove that the sum of the parts is more valuable in a nation’s quest for success? Mo Salah would love to add an AFCON title to his already impressive list of achievements. 23 other teams and their players stand in his way. Can Egypt do it for an eighth time and fulfil Salah’s dream, or will it be another contender lifting the trophy on February the 6th?

With soccer being on of the most watched sports in the world, there is also no doubt that many a punter will be placing an online bet during the Africa Cup of Nations 2022. Have a look at our recommended betting sites for soccer betting and make your pick.

If you are new online sports betting, why not read through our online soccer betting strategy and tips article. 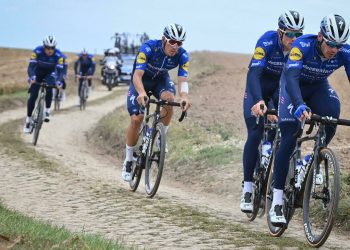 How to Play Live Sweet Bonanza CandyLand by Pragmatic Play?

The future is bright for Rachel