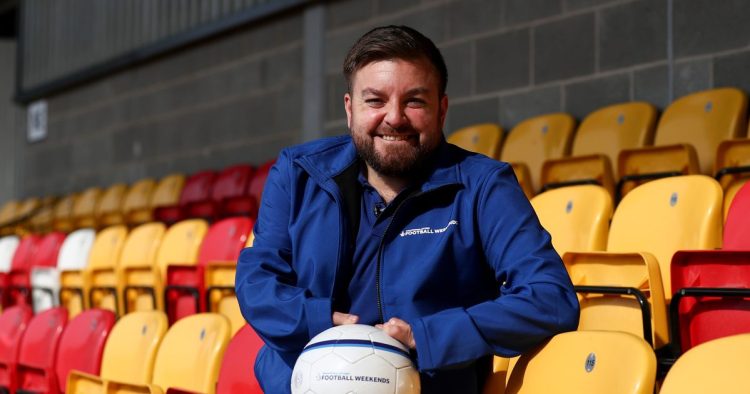 The journalist, presenter and comedian, 37, is renowned for his Channel 4 television exploits on shows like The Last Leg but away from the cameras, is an avid football fan with a passion for all things Arsenal.

And that’s why he’s teamed up with The National Lottery Football Weekends Campaign to celebrate local Football Clubs and the Communities they serve across the four home nations and promote the fact that over 100,000 tickets are being made available on a ‘Buy One Get One Free’ basis for selected matches in March and April.

Brooker visited National League North side York City, one of the non-league football clubs with some of the best community programmes, approximately two years after football shut down owing to the coronavirus pandemic.

The video will auto-play soon8Cancel

The intervention of National Lottery players – stepping in with a crucial over £12.5 million of emergency funding to support them through the worst period of the pandemic and allow them to survive – has now got the non-league pyramid back thriving and Brooker, who travelled to the LNER Community Stadium ahead of York’s National Lottery Football Weekends game this weekend against Leamington, hopes the general public’s knowledge of what clubs have to offer can be significantly enhanced going forward.

Brooker got involved with the York Foundation programme, which includes programmes to reduce isolation and loneliness such as Sporting Memories, Walking Football and Boot the Blues during his visit. He said: “I’m one of those people who didn’t know just how much work non-league and community clubs do, to be honest with you.

“I’ve done work with the Arsenal Foundation, and they ran the amputee football team that I played at for a number of years, but it’s important we don’t forget the non-league and local football clubs.

“They do amazing work in their communities as well, but without the budgets, and that is a big part of it.

“A lot of the clubs are struggling to survive in terms of the playing staff and things like that, but these clubs go so far beyond what you see on the pitch.

“It reminded me of that today. It has undoubtedly overwhelmed me this morning, seeing how much non-league football clubs have done for these people.

“For some, it’s easy to forget how isolated people were during the pandemic, and it’s so important that the clubs were helping.”

The National Lottery Football Weekends campaign celebrates the amazing role played by non-league, lower league and domestic football clubs in communities across the UK, seeing over 100,000 tickets available on a ‘buy one get one free’ basis for National Lottery players to attend selected matches in March and April in England, Scotland, Wales and Northern Ireland.

The initiative comes after the future of non-league football clubs was thrown seriously into doubt, with the essential financial support provided by sales of tickets, food and drinks stripped away.

And it was even tougher for The Minstermen, who opened their new 8,500 capacity LNER Community Stadium in February 2021.

Brooker added: “The support from The National Lottery has been amazing for non-league and local football clubs.

“It is sort of what The National Lottery is all about, exactly what I’ve seen today.

“Without this funding, a lot of the programmes here wouldn’t work, and it would be a desperate shame to lose them.

“A lot of people would have lost a big lifeline during the pandemic if it wasn’t for The National Lottery.

“It has just reminded me how important it is that we support these things and that there is life beyond the Premier League in football.” 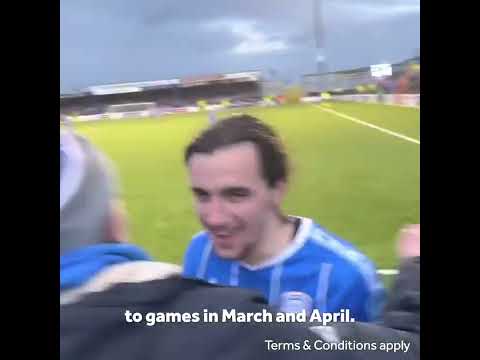 The video will auto-play soon8Cancel

York City FC Foundation use recreational football as a way to make contacts, create support networks and talk through problems, with Brooker looking at the Sporting Memories programme – which helps older people in the community come together and talk about their sporting memories while tackling isolation and loneliness. He also met some of the school children from the area who are involved in the club’s foundation, enjoying a coaching session on the pitch and finding out how the club has become one of the best in the country for their community work.

One of those who has seen their life transformed by Walking Football – an opportunity to play for those who cannot participate in full contact versions of the beautiful game – is Steve Farrow, from North Norfolk, who credits York City Foundation with helping him overcome depression.

“I had had two very good careers in my life, and I have gone all over the world, but I suddenly got depressed.

“About 15 years prior to this, I was told I couldn’t play football anymore because I have arthritic hips, but I thought as this is non-contact, I’d give it ago.

“So, I turned up in January of 2018 and thought: wow, there’s been no reaction to my hips, I can actually do this.

“On a personal level, I could never be grateful enough for the role community football, and York City FC has played.

“Less than a year later, I have never looked back.”

The National Lottery Football Weekends campaign will make over 100,000 tickets available on a ‘Buy One Get One Free’ basis for National Lottery players for selected matches as a ‘thank you’ for over £12.5million of funding they helped provide to community football clubs during the Covid pandemic. To find out more visit www.thenationallotteryfootballweekends.co.uk 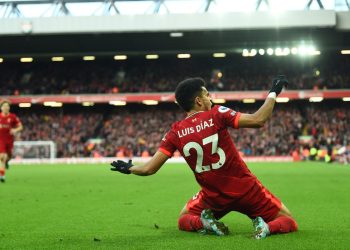