The two teams have met once in the Diski Challenge when TS Galaxy defeated Pirates 3-2 at home in January 2021.

Orlando Pirates won their eighth successive Diski Challenge match in a row when they beat a winless Swallows 5-1 last Saturday. Striker Boitumelo Radiopane was the star of the show with four goals, and he is the main reason they are on top of the table this season.

Pirates lead the league on 33 points from 13 games and have now opened a six-point gap to Stellenbosch. They have scored 31 goals and have conceded 10.

The Buccaneers have scored 21 goals in their last six Diski matches and an impressive three or more goals a game seven times this season.

Can Orlando Pirates win their ninth soccer match in a row? They are too good at present, and another three points look likely to be in the bag.

The 19-year old Boitumelo Radiopane’s sensational four goals last Saturday has taken his haul to 13 goals for the current campaign and leads the golden boot competition. He was on the scoresheet the last time these two teams met.

TS Galaxy secured their fourth win in five matches when they beat Baroka FC 3-1 last Sunday and moved to fifth place in the Diski League standings, although all of those victories have come at home.

The Rockets are on 21 points from 13 matches, with six wins, four losses and three draws. They have scored 19 goals and let in 12.

TS Galaxy’s away record is not good, with one win, three losses, and two draws this season. They have scored six goals and conceded eight in those matches.

TS Galaxy has struggled away from home and will do well to get something out of the match against a rampant Pirates team.

Coach Ashley Makhanya will be pleased with his sides current form but will know that a tough test awaits them on Saturday. He will likely choose a similar side that won last weekend.

Aphelele Teto has spearheaded the attack with six goals to his name this season and can add more to his tally against Pirates. 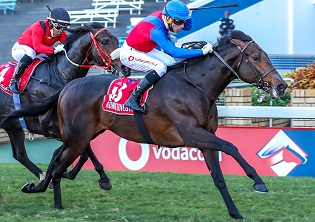