Senegal made hard work of beating Zimbabwe in their opening game. Guinea also needed a single goal to get the better of Malawi.

With this game effectively becoming a Group B decider, I’m backing this one to be tight and end in a draw with Guinea no pushovers.

Senegal lead the head to head 8-3 with one draw since 1994. Two of Guinea’s wins came in the last three matches.

Two-time AFCON runners-up Senegal made a winning start to this year’s tournament, but it was hard work to overcome Zimbabwe 1-0.

Missing a number of players due to COVID, they lacked a cutting edge and needed a 97th minute penalty from Saido Mane to break the deadlock.

Guinea made a winning start to their campaign with a 1-0 win over Malawi in the opening game thanks to defender Issiaga Sylla’s first-half goal.

Kaba Diawara’s side had entered the tournament in mixed form including drawing four of their six World Cup qualifiers. 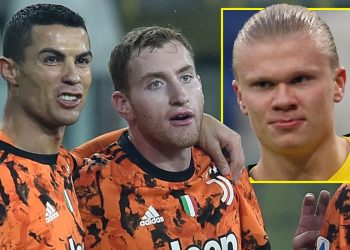 Kulusevski could out-perform Haaland, Foden and Vlahovic again if he excels at Spurs